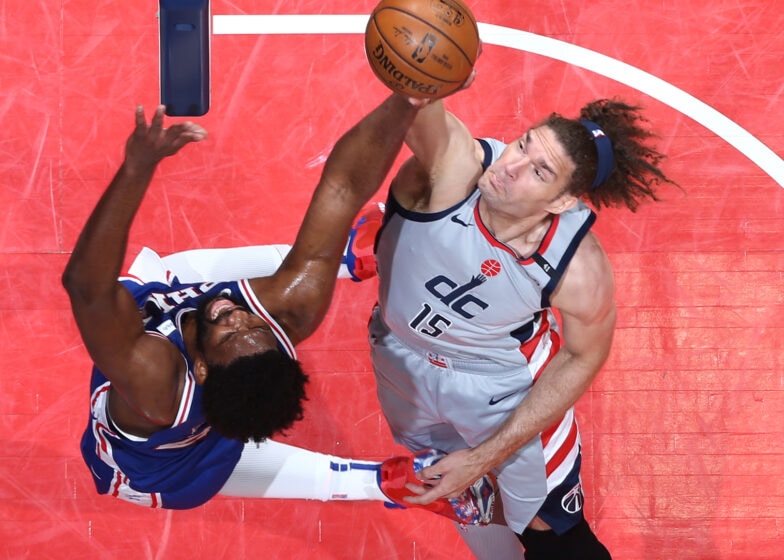 Joel Embiid fell awkwardly after being blocked by Robin Lopez. He was later ruled out for the rest of Game 4 with right knee soreness.

Philadelphia’s attempt to sweep Washington out of the first round was forced to conclude without its best player. Joel Embiid was ruled out of Game 4 due to right knee soreness after playing just over 11 minutes. He suffered a hard fall in that span when Robin Lopez blocked his shot at the rim, leaving the Kia MVP finalist grimacing on the floor.

Embiid played another four minutes before exiting for good, finishing with eight points, six rebounds, and one steal.

The All-Star big man had been nearly unstoppable through the first three games against the Wizards, averaging 29.3 points, 7.0 rebounds, and 1.0 steals while shooting a scalding 67.4% overall and 54.5% from 3-point range.

Through those first three games, all Philadelphia wins, the 76ers were outscored by seven points over the 60 total minutes Embiid did not play.