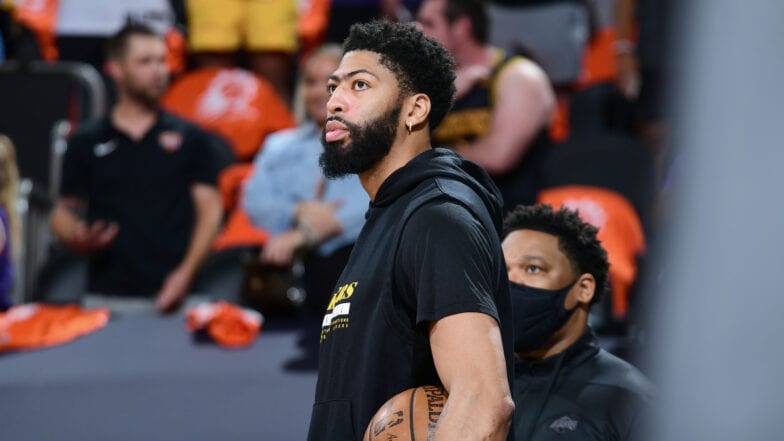 Anthony Davis struggled to move laterally during an on-court workout about an hour before tipoff.

The Los Angeles Lakers ruled out Anthony Davis for Game 5 vs. the Phoenix Suns due to a strained left groin.

Davis tested his groin on the court about an hour before tip-off, mostly attempting jumpers very little running or activity.

“It’s a medical decision,” Lakers coach Frank Vogel said before knowing Davis’ availability. “If they feel he’s at risk with injuring it any further, then obviously they won’t let him be out there. But if they feel like it’s just about managing pain and he’s not more at risk than any other player, then he’ll be cleared. It’s going to be a medical decision.”

Kentavious Caldwell-Pope, who missed Game 4 because of a bruised knee, returned to the court and starting lineup for Game 5.

Davis left Game 4 at halftime with the injury and was ruled out early in the third quarter. He was also battling a left knee injury that he suffered in Game 3. Davis is averaging 21.8 points and 8.0 rebounds in the first-round series.

UIL state basketball tournaments to include only championship games